Take the time to learn the many types of plant’s that are poisonous and to stay far away from. This is something you should be aware about before you go walking through the forest looking for some wild eatables to indulge in. Some plant’s may seem harmless to the untrained eye. Do not let their appearance fool you they could have some toxic poisons. To better prepare yourself we have come up with a list with 5 poisonous plant’s that are harmful to humans. 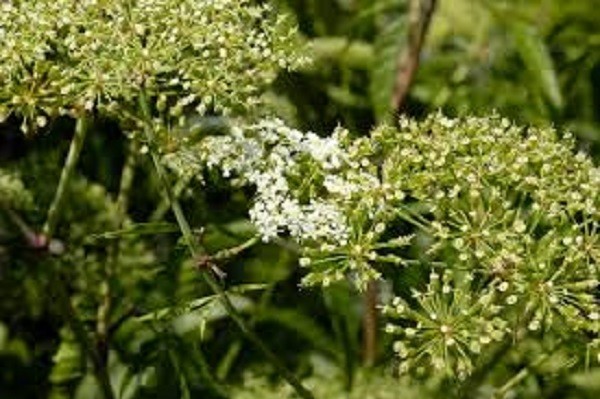 Cicuta Maculata or better known as Water Hemlock is the most toxic plant found in north America. The Water Hemlock is a large flower of the carrot family, it shares a strong resemblance to the queen annès lace plant. It has also been mistaken for edible plant’s such as Parsnips or Celery.

Hemlock can be found from Canada To Mexico it is a perennial herb. With a hollow erect stem it is able to grown to a maximum height between 1 and 1.5 meters 3 ft 3 inches to 4 ft 11 inches. The long leaves of the Hemlock plant have several lanced shaped, pointed, serrated leaves. Hemlock is so toxic it is fatal if swallowed. Will cause extreme pain and may cause serious convulsions. The poison that it produces is cicutoxin.

The toxin is most concentrated in the root of the plant. Any kind of ingestion can cause death or serious damage to the central nervous system in as little as 30-45 min. There has been many human deaths due to Water Hemlock. Livestock is bar far the most affected causing the animals to die within five minutes of eating the plant. 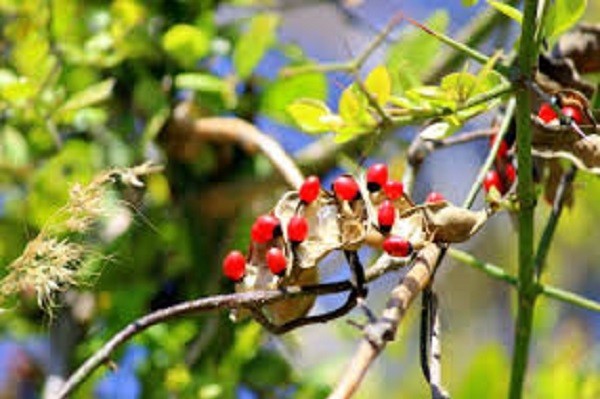 Abrus Precatorius or more commonly known as Jequrity or Rosary Pea is part of the bean family Fabaceae. Arbus Precatorius is a herbaceous flowing plant. This plant is native to tropical areas and have been used to make different types of jewelry. The seeds if left intact are not poisonous but if broken or cut in any way they can be deadly if swallowed. A full-grown adult can be killed with a dose of only 3 micro grams.

The leaves have been use as a medicine to treat fever coughs and colds. The seeds are poisonous but the leaves are not toxic. Abrus Percatorius roots have been used as liquorice substitute in India. They can also be applied to swellings by mixing first with honey. The plant’s are poisosinus duer to a toxin abrin it is a dimer that consists of two protein subunits. Has identical symptoms to those of ricin.

Abrin is almost twice as toxic and a fatal dose is 1/75th that of ricins fatal dose. Abrus Precatorius Is a very invasive plant.

The Abrus Precatorius Plant when grown to full maturity has very deep root systems that become very hard to remove. This plant also has an aggressive growth making it very hard to get rid of once introduced. Herbicides like glyphosate have been effective when used properly.

Deadly Nightshade is a perienineal herbaceous plant it belongs to the night-shade plant family. It is native to North Africa, Europe, Western Asia it can also be found in Great Britain, and Ukraine. It has also been introduced to some parts of Canada and the United States. Deadly Nightshade has been used as anesthetic for surgery in the middle ages.

Deadly Nightshade is one of the most toxic plant’s known. If swallowed it can cause problems in pregnant woman as well as dry mouth hallucinations, constipation, confusion and delirium. The toxins come from properties such as atropine, hysoscine (scopolamine) they also have anticholinegic properties.

Nightshade has also been used as a drug. Also, known as (Jimson weed)this drug is known to cause hallucinations that are known n to be very unpleasant. Jimson weed is very deadly drug to use as it is easy to accidentally overdose. Effects of the drug have been known to lasts for several hours sometimes even a few days when taken in large doses. 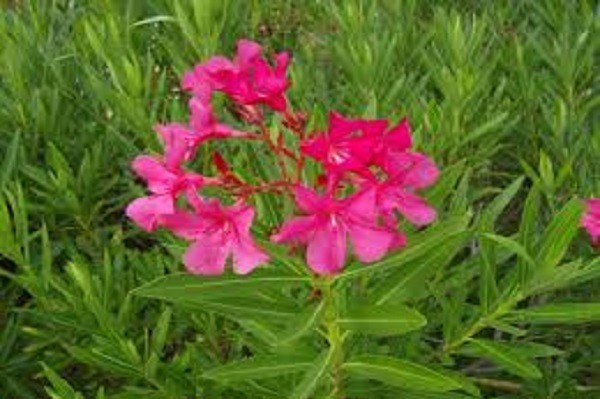 Nerium oleander is part o dog bane apocynaceae family it can be considered a bush or a small tree. Every part of the plant is toxic. It is also known as Nerium or Oleander. It has been so widely spread that they don’t know the exact region of origin but southwest Asia has been suggested. Nerium oleander is the most poisonous commonly grown plant found in gardens.

Oleander has been considered toxic because of the compounds oleandrin and oleandrigenin also known as cardiac glycosidies which have a narrow therapeutic index making them very toxic if swallowed. The Nerium plant is toxic is has rarely been known to kill any humans. There was a toddler that ate some leaves and sadly died from doing so this was the first reported death from the plant

Swallowing any part of the plant will affect the gastrointestinal system the heart and the central nervous system. Will cause you to have severe abdominal pains, diarrhea, nausea and vomiting. You could start to become dizzy and have severe tremors and shaking of the mussels. May also cause your skin to get very irritated . 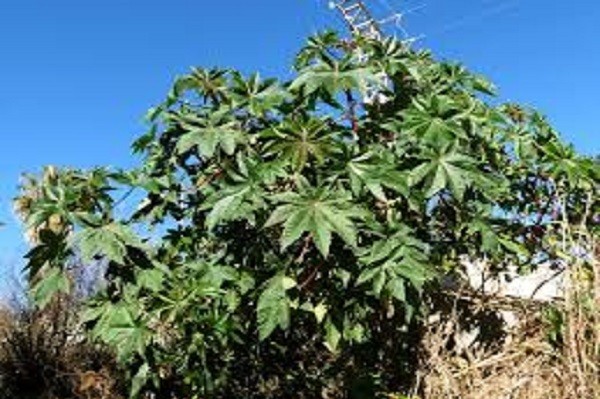 Ricinus comimuns also known as caster bean or caster oil plant. Caster bean is a perennial flowering plant from the spurge plant family. It is the only plant in the monotypic genus, Ricinus and the sub tribe, Ricininae. The seed from then caster plant is a source of oil that has been used in many things. The seed also contains a toxin known as ricin. It is a water-soluble toxin.

It is also present in most of the plant but in lower doses than the seeds. Caster oil has been used in motor oil as a lubricant it has been used in most combustion engines. It was also used in world war one in airplanes and other vehicles. The oil was proffered in two-stroke engines due to its high resistance to heat compared to petroleum base oils.

Ricinus comimuns is native to south-eastern Mediterranean Basin, India and Eastern Africa. The symptoms of the plant may include diarrhea, nausea, hypo tension and seizures, that can last for a week the poisons can be extracted by concentrating the castor in a process that is very complicated. The process is very similar to the process of extracting cyanide from almonds.

Iconic One Theme | Powered by Wordpress